It has been 200 years since the Gospel of Jesus Christ was first introduced to Thailand.  Still, only slightly more than

half of one percent are evangelical Christians.  So much work remains to be done!  For many years, missionary organizations have invested large sums of money and dedicated missionary lives to this nation with minimal success.  We praise God that the experience of constant sowing with little fruit is now changing.  By working with dedicated Thai Christian leaders, we are able to multiply the effectiveness of Canadian dollars to a degree that was not possible using the traditional model of training North Americans in Thai culture and language before settling them in into Thai communities.

We uses dedicated and passionate national church planters combined with prayer and financial support from sponsoring churches around the world to plant new churches.  Our humble beginnings date back to 2007 when four small Thai churches got together informally to form an organization called Vision Thailand Christian Fellowship.  It was after this, in 2008, that Canadian Christians, who had been introduced to the Christian Thai Community after the 2004 tsunami, became involved. This group of dedicated people with a passion to see Gods Kingdom expand in Thailand, incorporated as Vision Thailand in Canada, specifically to provide direction and raise awareness of VT in North America, helping to find new prayer and financial supporters.  Then in December of 2009, Vision Thailand in Bangkok was registered as a foundation with the Thailand Department of Internal Affairs. This accreditation allows VT us to do social ministry, raise funds, own and register real property and plan a Christ focused ministry in the communities of Thailand.  In December of 2010, VT was further registered with the Evangelical Fellowship of Thailand and subsequently recognized by the Thailand Department of Religious Affairs as a protestant, evangelical, Christian organization.  At that stage our combined membership was 160 people.  More recently, as of January 2016, Vision Thailand in Canada has been granted charitable status by the Canada Revenue Agency thus allowing us to raise funds for the work in Thailand and issue income tax deductible receipts to our supporters.

planting. To this end, VT has established a Church Planting and Leadership Development school, led by qualified theologically trained Thai pastors.  We have students studying while they,simultaneously, start new churches under the supervision of senior Thai pastors.

Due to Thailand’s shared borders with Burma, Laos, Cambodia and Malaysia, we have several churches reaching tribal people in various languages. VT churches have ministries to Laotians, Cambodians, Vietnamese and Burmese etc., working both in Thailand and across our shared borders. Many of our churches focus on children and youth programs as well as specifically targeted groups such as factory workers. Whatever group you have a burden for, we welcome your partnership in the gospel. 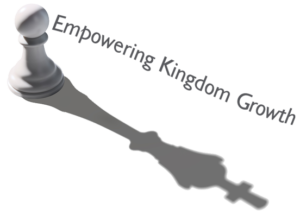 By the end of January 2016, VT had grown to more than 50 churches, with a combined membership of more than 1,400 kingdom growth  people. We now have churches in 14 of the 76 provinces of Thailand, and in several sub-districts of those provinces. In addition to pioneering church plants all over Thailand, there is a natural expansion of our ministry into neighboring ASEAN nations. This represents more than a nine-fold increase since 2007 and has only been possible because Gods people have worked together for the expansion of His Kingdom. We give God all the glory for His Grace to expand the ministry that He has entrusted to us.

We invite you to partner with VT by adopting, whole or in part, a Student or Church Planter or a new Church Plant.  VT is determined to fulfill our responsibility to the Great Commission of Jesus Christ in Thailand and surrounding nations.  Our church members and trained church planters proclaim the message of salvation in Jesus Christ at every opportunity, but we need partners and financial supporters. We welcome your partnership in spreading the gospel, and invite you to find out how you can help.

Sincere thanks go out to every person who has partnered with us by playing a vital part in VT through prayer and financial support.  We are especially grateful for the practical involvement of mission teams who have constructed and renovated our church buildings. May God continue to bless His ministry and may VT continue to expand for the glory of God and the expansion of His kingdom throughout Asia.